At the start of summer (but really in the middle of spring (at the end of April?)) I had two major goals. They both involved writing and had to do with the Invasion Novel. Since I always have a drop in productivity in the summer, I wanted to finally figure out why it happens and work through it. Also, now that I’m working on a novel again, I wanted to speed up the first draft process, get it done not only faster, but also on a schedule (that coincidentally would also increase my summer productivity). So far, I can call it a succes-ailure. I believe I’ve discovered that the main source of my summer drop off comes from the change in schedule (and hours) at the day job, and from the fact that Christian (who I meet up with regularly to get in some writing) has his kids home for the summer and can’t get out as much. While I can’t do much about Christian’s kids (though I still maintain that the bigger one should just watch the litter one) I have been trying to solve those problems. END_OF_DOCUMENT_TOKEN_TO_BE_REPLACED 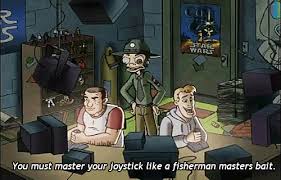 While it may not seem obvious, I’ve been working away on Pilot all year. I would agree with people commenting that it’s been taking too long and nine months to complete 45 000 words is sad. Yup. I’m right there with you. Still, it’s the longest story I’ve written (longer every time I plug away at it) and it’s only the third novel I’ve ever attempted to write. Again, having tried and failed twice before isn’t something I’m super proud to share, but it’s a fact, and I know I’m not the only person who’s been in that boat. The first try was just not a goo enough story to be a novel I made it to a forced fifth chapter, coming up with new things to add every day (padding out the lack of plot). Eventually I came to term with the faulty concept and moved on. The second one was much better. I was a huge idea and I managed to get to 35 000 words before floundering. END_OF_DOCUMENT_TOKEN_TO_BE_REPLACED

The number of this post is a palindrome and I love it. I’m writing this on New Years eve. I have a load of laundry going in the other room, collected from my trip to Toronto for my buddy’s wedding. It was amazing by the way. I am still feeling the effects, but the event was spectacular and I helped make it happen. He (my friend) and his new wife are on a beach some where in Jamaica celebrating. I’m writing a blog post, sending them good wishes, and trying to sort out my impending year.