Here we are in the middle of winter (or technically the latter half, but it’ll be a while before spring gets here). The days may be getting longer, but it’s still gets dark really early. I’ve found myself commenting a few times that it feels way latter than it actually is. The lack of light is draining. In the winters, I often think about the years my dad spent working in a factory. He would leave for work in the dark, spend all day inside with few or no windows, and drive home in the dark. I don’t have that tough a situation, but the seemingly constant darkness gets to me. END_OF_DOCUMENT_TOKEN_TO_BE_REPLACED

I can hear some (maybe one) of you now. You look up at the title and mutter to yourself, ‘so what?’ Who doesn’t work on a Monday, right? I don’t. Not normally. I work for a rental place (a place where the public can rent a room for events) and it makes way more sense for us to work Tuesday to Saturday than the “normal” Monday to Friday. I know way more people in a variety of jobs who don’t do the “normal” week. But that’s just a little side complaint from me. The whole concept of the dreaded Monday gets under my skin way more than what’s reasonable. What about the forgetful Saturday, the timid Wednesday, or the exaggerated Sunday? Day jobs can suck any day of the week. Sure, weekends are awesome, when you get them. When your days off are Monday and Wednesday with the occasional Sundays, the system breaks down. END_OF_DOCUMENT_TOKEN_TO_BE_REPLACED

I work up on Sunday morning and knew something wasn’t right. My weekend had been the culmination of two solid weeks of work (no time off for good behaviour, or writing). Lots of terrible thing happened that had no choice but to be dealt with. Friday night was seven hours of crap that stuck to me through Saturday morning for my back-to-back shifts. While I managed to get a solid chunk of text written Friday morning, nothing was getting done on Saturday. As soon as I got home from my thankfully easier shift (minus having to mop the floors as the cleaners failed to do for the umpteenth time) I took a much needed nap and prepped all my stuff for Sundays RetroRama. No time for love Doctor Jones. I did my best to get to bed early Saturday night, knowing what was in store for me. END_OF_DOCUMENT_TOKEN_TO_BE_REPLACED 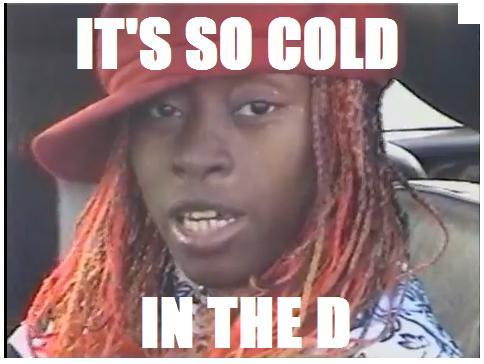 Last weekend was the start of my April run of events. Now that No Light Tomorrow is out, Christian and I try to have at least one or two events lined up every month. It adds extra work and can get hectic, but it’s the best way to ensure our meteoric sales continue. Some of the events are hosted by others and we either tag along or (if we’re lucky) specifically are invited. There are conventions too, where we sign up as a vendor and pay for the table. I’ve talked about a few of those already. Every time it’s been fun, exciting, and exhausting. I get to meet new people or better connect with acquaintances. While they have all been worthwhile (in one way or another) some are tougher than others. Hosting an even takes a lot more work, and inviting others to participate means they are relying on you to make their contribution valuable. Even just showing up to an event with a box of books can have challenges too. END_OF_DOCUMENT_TOKEN_TO_BE_REPLACED

Last week I was fresh off the writing retreat and intended to write about it for the blog, but something came over me and I thought I was an artist or something, and I wrote whatever I did instead. Maybe it was the retreat itself, inspiring me to think of myself as a writer, but I think it was something else.

Last year, around this time, I was contacted by Christian’s wife. His birthday was coming up and he had spoken to her about the ideas we had come up with for taking a writer’s retreat. She thought it would be a good idea to set one up behind his back for his birthday. We did some collaboration over facebook, found a suitable place, and she made the arrangements. It turned out to be a great surprise and a swell time was had by all. There was some conflict when masking the plans, but all that is behind us and not worth going over. It turned out to be a fun, productive, weekend filled with writing, reading, lakeside fun, and a fierce game of monopoly. Everyone left with a decent word count (some higher than others) but it was an inspirational and exciting event that we looked forward to doing again the following year. END_OF_DOCUMENT_TOKEN_TO_BE_REPLACED

Issue number three of the Zine is done, printed, and will be distributed into the wild over the next few days. In that time, it’ll be up on Adventure Worlds too. For this, the first quarter of the year, we have a cover by local artist Alex Morneau, and Finders was drawn by Nikita Why (the man who drew the cover last time. I have to apologize again, last time I misspelled his last lame. How could someone possibly do that? In my infinite ability to mess up, I managed it somehow. So Nikita, I’m very sorry, thanks for sticking around and doing a bang-up job on Finders. He did that son-of-a-gun by hand. When you take a look you’ll see why that’s amazing. I don’t think I misspelled anything this time, but e had a little trouble with the printing. When we first started to look into making the first Zine, we looked around for a local printer in our price range without much luck. Unfortunately we went with one of the big box stores (we do pay for it out of pocket) and the first couple of times that was fine. This time around we started to see the determent of cheeping out (or at least not going to people who are passionate about the stuff. END_OF_DOCUMENT_TOKEN_TO_BE_REPLACED