With Snow at the printer and out of my hands, it’s time to dive back into the Invasion Novel.
When we last left off…
I had finished the second draft of the Invasion Novel in July of last year and was going to get two more drafts done before starting Snow from a Distant Sky in August. Then I was besieged by an army of earwigs. Before I put the editing on pause to write and release the novella (available to order any day now) I managed to get in a third draft of the still far too long novel. That leaves me to start the fourth draft which I’m planning on doing tomorrow.

Since I don’t have a novella to write this year (still a little sad about that) I have a loose plan to start novel number two in the August slot. That gives me something to look forward to and a rough deadline to keep me on my toes. I’m pretty good when I’m in the middle of something like an edit, but when I hand it off to others for review or beta read, I have a tendency to slack off. The time between now and August includes sending the book off to agents, too, so there is less time than it seems.

Of course, if something in that timeline has to give, it’s going to be the start of the next novel, which I’m tentatively calling the Salvage Novel as a working title. (I think I tried to call it something else already, but then I thought I may want to use a different idea for the next novel, but in thinking about it, I got some good ideas and decided that I would like to use this idea. Therefor, new working title). It’s more important that I try to get an agent than write a new novel, so I have to get to a point where I feel like I’ve given finding an agent enough time and effort. There will be a long period of waiting for replies which is a perfect time to start the Salvage Novel.

I also want to try and write the entire Salvage Novel in a sprint the same way I’ve written the novellas. I managed to get the majority of the Invasion Novel done in a sprint in 2020 before starting Break/Interrupt, so I think I can do it. It’s a long road, especially with the day job in the way, and it will definitely take longer to write than a novella, but I’m still planning on doing it. I hope to keep the first draft shorter than the Invasion Novel, which should help. If things go according to my current loose plan, I should be able to get the first draft done before the end of the year. 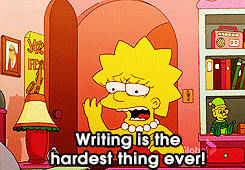 But, we’ll see. Who knows what’s going to happen between then and now. I may be in a position where I can start going to events and visiting my friends out of town by then. There may be a number of things that come up to get in the way of my editing and writing. Though, from my experience over the last few years, writing a 100 000 word novel in five months is very doable. If I’m in a  good place, I may even be able to get it done in three months, leaving me time for other things. Not that I know what those other things may be.

The new novella, Snow from a Distant Sky, will be out immanently. Check out the book page on this website for information on the book and where you can get a copy for yourself.