January was tough. All my shifts at the day job were cancelled (as I mentioned recently) which means I had no money coming in. The plan was to use the time to write short stories and get ahead on the edits for Snow from a Distant Sky. Unfortunately, despite the free time, I just couldn’t seem to get motivated at all.

The day job has been more difficult than ever due to the pandemic and loss of long time renters. Going back could be good for some stability, but it comes with its own stress. Short shifts almost every day, working at multiple locations, not having any regularity in my schedule, and dealing with people (both coworkers and customers) who are stressed out, angry, and have very different feelings on the seriousness of the pandemic makes things less than ideal. I’m lucky that I have a job and that I am able to work, but that doesn’t solve all the problems.

While being productive with writing could have potentially made January easier, I just couldn’t get myself to do anything. I think I had two or three good days of writing and one of editing. (Though that one day of editing was a lot in a short amount of time). The days all slipped by so quickly and without much notice. I slept in too much and struggled to fall asleep at night. I watched a lot of old television shows that I’d seen a bunch before and played too many video games.

Strangely, video games turned out to be helpful in getting a sense of accomplishment. Back in 2006, my friend Arvin and I stood in line all night at a BestBuy to buy Nintendo Wiis. The next year, we started a video podcast about the system called Wii Like to Podcast. It was an awesome time in my life and I often reminisce and think back on what I wish I’d have done differently back then. It was the last time that I felt like I was really at the forefront of pop culture. I was with it. 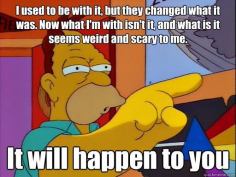 I’m happy not being with it anymore. I have my interests and plenty of friends to share them with, but one thing I always wanted to do was go back and play some of those Wii games that I had intended to do reviews for and never found the time. I have a modded system which allows me to download and play some of the harder to find titles, but again, I never seemed to find the time to get it all set up properly.

With three days before I had to go back to a busy first week at the day job, I decided to sort some of it out and play a few of the games that I always wanted to try. Playing video games is definitely not productive (not for someone who doesn’t make money from it) but getting that one thing done helped get me out of that funk (just a little). I’m still stressed about going back to work and there is a lot left to do on the edits for Snow, but my hope is that getting back into the routine of the day job (without the knife dangling over my head anymore) will push me the rest of the way out of the rut.

I won’t have as much time to keep playing those games, but I had thought about actually writing reviews for some of those games. Not as posts here, but maybe somewhere else. It would just be a way to excise some of those old ‘what if’ demons, but now that I’ve gotten it started, I may follow through on that (but not until after Snow is on track).