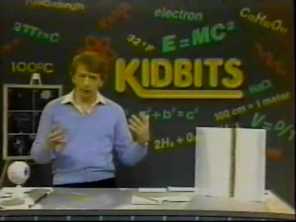 I’ve always felt like there was something special about Saturdays. I mean, Sundays have their place and a weekday when everyone else is at work has its own kind of magic, but Saturdays hold  extra promise. It may have something to do with the hold over from Friday nights (when a person can feel most free depending on their work situation) or it could be tied in with my childhood era of Saturday mornings with cartoons, cereal, and cold hockey arenas. Even though every day job I’ve ever had includes some or most Saturday shifts, when I have a Saturday free, there is little like it.

I’m not sure where this post is coming from other than a strong feeling I had. You can probably guess that I wrote this on a Saturday but you may not suspect that it was a Saturday while at the day job. Or maybe you could because I tend to write a lot of these posts when I have downtime at the day job. It’s beautiful outside and I can tell because I can see it around the clutter and through the window off to my right. But the sentiment remains. 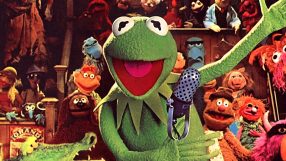 I’ve always been really taken in by media. For a long time, my life revolved around what was on television that day. I would spend time flipping past shows I didn’t like in the hopes that something better would come on. That means I spent a lot of Saturdays in front of the television. Some of those days were great. Others, I regret. Though, I still have good memories of getting out of bed and really enjoying the good content. Most of that was the excellent cartoons that were on when I was really young.

At one time, my brother and I would get up stupid early (like five am) so we could watch the Muppet Show. We would sneak downstairs and grab some cookies (or whatever junk food we could get by climbing on the counter) and sit really close to the TV with the volume down low. (My mother has ears like a cat). We would usually overshoot the start of the show and end up catching the end of a Kidbits, a kids science show that was on in Detroit.

When I got older, Saturdays were more about sleeping in, but there have been a ton of great Saturdays that I spent out and about with friends or even by myself. A long walk with an audio book is tough to beat on a cool autumn day, but going out with a couple of friends to see an afternoon movie or grab some coffee and chat is pretty great too. I associate all those things with free Saturdays. The classic day off when nothing is expected the next day.

I guess what prompted this post most is how one of the youtube channels that I really like tends to post Saturday mornings. (Or late on Fridays because it’s posted in the UK). It’s a neat show made by a guy who has a passion for old hifi and other tech. I tend to really enjoy the episodes and seeing as I watch them on Saturday mornings (and usually one or two other videos that may have come out) I equate them to my old Saturday routine. I’m not going out and about yet, but I still enjoy my Saturdays. Though, it’s better when the only work I have to do is writing or editing and not the day job.

One thought on “Saturday Mornings”