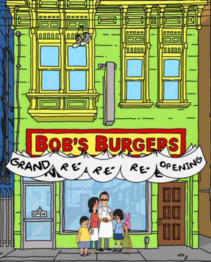 It all happened so quickly. The provincial government was rushing through their steps to reopen and my new boss sent me an email asking me if I was able to take a shift at a different facility. I agreed (eager to ingratiate myself, even though I had only covered shifts at that facility). The next day I was offered a shift at my regular centre for the end of the week, then I picked up three more shifts by the end of the day. That’s not to say I’m back at the day job full time (or even to the extent that I was pre-pandemic). Five shifts in two weeks isn’t much and it will be a while before the facility where I work is open for more than rentals (if at all).

The building has been open for the tenants who have offices in the basement the whole time. Someone had to sit at the front desk and let people into the building, sanitizing afterward. They had to be there to answer the phone as well. Of course, I was low enough on the seniority list that I didn’t get any shifts. Now that people are having weddings and other events, I am covering where I’m needed. I’ve only worked three shifts so far, one at the other facility to do some much needed power washing and other cleaning, one at my main centre letting workers into the building (they are repairing the very old mortar and switching all the lights to LED), and a wedding at the other facility.

I was surprised how stressful it all was. Having been avoiding people and staying home, it was very odd to go to such public places and interact with so many people. Especially since their level of comfort seems to be much higher than mine. Working weddings is always challenging. People can be selfish on regular old, nothing happening, days. When it’s a wedding, even the guests tend to feel special. Strangely, it’s often not the bride and groom that cause the most problems. In my experience, they are usually pretty amicable.

Still, people don’t like being told they can’t do what they want (even if what they want is highly dangerous or illegal). With weddings also comes alcohol and the tradition has somehow morphed into getting drunk at the ceremony (at least for the wedding party). Trying to tell people they can’t bring  alcohol into a public building always leads to a fight. Even trying to not-so-subtly suggesting they drink it outside where I won’t know that it’s happening can set some folks off.

Add to that trying to get people to wear masks when they come inside, and there is a recipe for trouble. I did my best to be friendly and persistent without being aggressive. I’m sure there were some unkind words said about me at the reception, but I wasn’t there, so I don’t care. Thankfully, some people were understanding and tried to nudge their friends when I popped my head into the room to remind them.

The crux of the situation is that, even though I’ve only worked three shifts (some of them short) I didn’t have the energy to do any editing when I got home. And on the day when I was mostly alone in my regular centre, I was so uncomfortable about being there and touching shared items (like the keyboard and pens) that I struggled to do any thing productive. Historically, I was pretty good at editing at work. Unlike writing, I don’t sink as deeply into the story when I edit, so I can do the work and stop when someone comes in or the phone rings. I hope to get back to that, but my first attempt was a flop.

So, I’m working to make up for that lost time and building up my tolerance for the day job all over again. I only have a few more days to get the third draft finished before I start on the next novella. I should be able to make it, but I may also be getting more and more calls to cover events as the province opens and more people feel comfortable to book them. It’s an old challenge that feels new all over again. I just have to tighten my bootstraps and power through. At least I’ll be back to writing which is more08 draining than editing, but much more fun.

One thought on “Back to the Day Job”