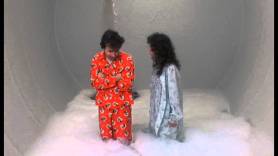 I started the new novella, Break/Interrupt, on August first. The day after I finished the first draft of the Invasion Novel. I had hoped to be done within a month and have a tight 30 000 word story to show for it. Now it’s the end of September and I’m at 60 000 words. I’m not sure exactly where things fell off the rails, but I’m finally starting to wrap things up.

Ending a story is tough. Through most of it, I have fun wandering around, playing with the ideas, figuring out the character and their place in the world. Since it’s a new perspective on an existing universe, I have some connecting tissue to write, but most of it is an exploration. It can be fast and exciting with no limitations. At the end, everything slows down. There’s no room left to do anything other than wrap things up. Just coming up with an ending can be hard. They have to make sense and be satisfying for the reader. Trying to write them gets to be a slog.

In general as you get towards the back half of the book there’s more to keep in mind and there are threads that have to be pulled along and tied up (or cut completely in subsequent drafts). Staying on track (moving from A to B, B to C) becomes more and more important, especially for me since I’ve been having trouble with writing too much. It’s not as fun and the pressure of writing something good asserts itself.

Since it’s a first draft, it’s not necessarily imperative to have everything wrapped up, but being able to keep it all straight and having as few continuity errors as possible makes editing a lot easier. It’s inevitable that things will change in the drafts and to be honest, on days when I’m not sure what’s going on and everything is terrible, I count on being able to “fix it all later.” Keeping that in mind helps, but it doesn’t change the fact that endings are hard and writing them is slower than writing beginnings.

Just as an aside, I’m a little worried about writing so much since I had the same problem with the novel, but I can’t do much about it now, since I’m about to finish. I’ll see what I can do in the edits and hopefully I can solve the problem for next time. Maybe I need to plan more.

I hope to have the first draft of Break/Interrupt done this week and to start editing next week. I’m behind where I wanted to be, but technically I do have plenty of time until April. That Novel has to be edited too, though. Maybe next week there will be a post about starting the second draft and trying to not ask friends to read it too early.

2 thoughts on “Writing the End of a Story”