I’ve been seriously trying to be a writer since 2013 when Adventure Worlds was founded and the group of us wrote bad short stories and tried to edit each others work without really knowing what we were doing. Even back then, I’ve always struggled with writing over the summer. I’ve never been sure exactly why. Other people have offered reasonable suggestions ranging from spending more time outside and/or vacations to the general atmosphere of the season. I’ve never thought those reasons really fit my situation though. I don’t usually go on vacation other than maybe a weekend visiting friends or a day trip to an amusement park and I’m not a big fan of summer because it’s hot and I am a wuss who can’t handle it.

I’ve done my own thinking on why I write less in the summer and the best I’ve been able to come up with is that sometimes there are more events, the day job can spotty which sometimes means really busy, and I get burnt out on the progress I have been able to manage in the beginning of the year (the few times I have managed it). None of that helps me do anything about it. 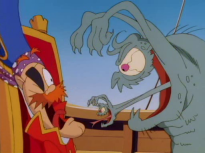 It turns out, what I needed was to be laid off for six months. I’m still writing the novella (Break/Interrupt) which is scary because it should be done by now. I also overwrote the Invasion Novel by a good fifty-thousand words, but it’s a huge mess that I’m not looking forward to trying to make into a real book. Anyway, between those two projects, I’ve managed to write about a hundred and forty thousand words this year. That includes the time at the retreat in February before I was laid off (but that also isn’t in the summer so it doesn’t count against the slump).

Sure, I haven’t left home except for groceries and a couple lawn visits with my folks (which I have to do again soon), but I could have not written in all that time. I’ve actually written at least a thousand words for the last fifty-four days in a row. I think that’s okay. It’s not the same as if I were working the Day Job, and going out, and attending events, and stuff. It’s still pretty good.

To be honest. I think I managed to turn a corner throughout this as a full time writer. I won’t be able to keep the same kind of progress going indefinitely even if I weren’t going back to work eventually (I have editing to do very soon). Even before this weird, anomalous time I was making strides to write more, more often (and faster). I hope I’ve been able to get better at writing too, but that remains to be seen when Break/Interrupt comes out in April.

I have no idea what next year has in store for me. I don’t know what will happen with the day job or with the (still totally real and worsening) pandemic. I think I’ll be writing more, though. Not more than this year, but more than last. I have to find a way to keep doing this full time writer thing for the rest of my life.

2 thoughts on “The Summer Slump”