I feel like over the last few years the posts on this blog have tended to be more about whatever is going on in my life in the moment and less about thoughts and ideas. It’s easy to just knock out a few hundred words about the week when I have an event or reading going on, or if I’m starting or finishing a project. It’s a little more difficult when I’m just at home trying to write every day. I just did an update last week, and since the only thing that has changed is the word count, I want to avoid repeating myself (more than I already do). I had the idea for this topic a while ago and it’s been sitting in my draft folder so I figured I’d give it a shot.

Writers are asked where they get their ideas from a lot. I’ve faced the question several times myself. It’s a strange question in that the answer is easy but unsatisfying. Writers get their ideas the same place everyone gets their ideas, everywhere around them. Reading the news, watching television, having coffee with a friend, literally everywhere. I got the idea for Broadcast Wasteland from a podcast about East Germany and computer programs being broadcast over the radio. (I’ll get more into that when I do a Behind the Writing for the book).

The point is that everything you consume as a write is fodder for ideas. You ingesting ideas and examples from the things around you, breaking them down and putting them together in (hopefully) a new way. It’s not a secret or special trick. Everyone does it, but not everyone turns the resulting new idea into a story. It can be an active or passive thing, too. Usually something stands out on a first watch, read, or listen passively, then you go back to actively take a closer look and let the thing that stood out digest.

Sometimes it’s in the combination of collected ideas that the story emerges, but the point is that ideas for my stories come from the things I experience whether that’s actually going somewhere and doing something or just absorbing the experiences through consuming media. Since I’ve been laid off from the Day Job since March and it’s not really safe for me to leave the house without good reasons, I’ve been watching TV and movies, reading stories, listening to music, audio books, and podcasts, and playing games a lot more than usual. All the extra consumption has reminded me that ideas, examples, and inspiration (both good and bad) can be found everywhere.

I’ve been trying to be more conscious with what I consume and even though there’s nothing wrong with just enjoying it (and sometimes that’s all I do) I’ve been keeping more of an eye out. I think I’ve been able to notice more, too in terms of things like plot structure, plot point, dialogue, descriptions, settings, and point of view. That doesn’t mean that I’m suddenly a better writer or I have better ideas. I’m just trying to make my extra consumption work for me. It’s amazing to watch a cartoon and see really strong examples of characterization or see a movie and notice how weak the forced drama works as a plot point.

I don’t watch a lot of news (I prefer to listen to it on the radio or via podcasts) but news is a great source of ideas for stories. It’s a bit of a double edged sword, though. It’s great as a concrete example of what people are thinking about and what things are effecting the world, but those things can be taken too specifically and some of them are current and may not last. It’s telling how many books have come out about Trump either overtly or more subtly. That’s great if you can get it out quickly, but books take years to come out sometimes and topics that obvious can lead to a flood of similar books in the market. 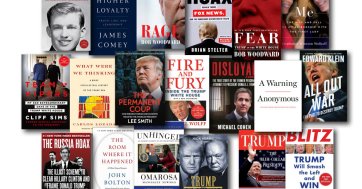 I’ve had a few people suggest I write a book about a pandemic. In a year or two there will be plenty of them and many more that will never be released. Unless you can find a novel way to spin the topic, it’s better to keep working on what you already have and let the inspiration digest and merge with all the other things at the back of your head and become something new. Science fiction (maybe more than any other genre) is a mirror of what present day society believes, hopes, fears, and wishes. Sometimes it’s a funhouse mirror that twists the current status quo, but the genre is more about now than any real future.

My next novel is a distant but real thing I have to consider. I have some ideas I am thinking about for the plot and I’m trying to be open to incorporating the things I’ve been picking up from my active media consumption over this long break away from the world. I don’t know how well those ideas all flowed into a post, but I’m not sure I can make it more coherent. Not without a lot more work and I don’t have the time. Maybe I’ll revisit it in the future. For now, it’s back to work on the Break/Interrupt.