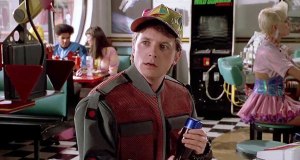 It’s 2020. Nine-year-old Ben is really excited about all the really cool future stuff. Current Ben is terrified with what some of the new future stuff could mean for us (like deep fake and AI). It’s all writing fuel, though. I’m currently listing out all the things I didn’t get finished this year, that I have to get done early in the new year (or was just before I started to write this). The list is long and includes some things that are more long term (or long term for finishing, but I may have to get started soon). It’s jumbled and there are overlaps and loose ends all over the place. Some of it is erroneous (or out of date) but with all the issues, it’s a requirement for me to get my head around the new year and the new and old projects I have to get done.

The first thing is the comic. I was intending to get the first draft done before Christmas day, but I fumbled on Christmas eve (my fault) then a friend who I promised to do a layout for, had an immediate deadline and I didn’t want to leave her hanging. I spent boxing day working on that layout (not a big job as the artist and designer of the images did most of the work). There were the inevitable mistakes that happen even when things aren’t rushed and I was doing little fixes in the subsequent days. Sure, I could have fit in more work, but I totally didn’t. I played video games and cleaned. (Not at the same time). I did manage to get all but the last page and a bit finished, but I’m not sure how to squeeze it all in, so I’ve been hesitating to pull the trigger. I have to go back to Glen and tell him that I’ll need to make cuts in the second draft. I hope that doesn’t mess up anything up.

The next big thing is to get back to Broadcast Wasteland. I was hoping to start back on the edits on January 1st (April is remarkably soon in publishing terms). I was content to convince myself that I couldn’t do anything with it right now since Christian was going over the second draft for me, but now he’s finished and I have no excuses. As an aside, I am very thankful to him for going over such a rough draft since I had some doubts about some of the plot points. I feel much more reassured, even though I have a couple of deep cuts to make. Thankfully, I have plenty of word count to play with. Cutting even 5000 words leaves me at 40 000. I need to get a bunch of eyes on this one (hopefully even more than Neon Heart) so I have to have a reasonable fourth or fifth draft ready to go as soon as I can. Ideally by February at the latest.

The cover is almost done. I just have to sort out the font. It’s a tedious process of guesswork and searching that takes away from other work. When I get that done, I have to decide how early I can share it. It looks amazing (Glen did a fantastic and scary fast job of it). I wish I could have already showed it, but I want to use it to maximize excitement and sales. I may have to wait until at least March. 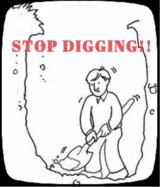 After the novella is sorted (and by that I mean it’s in people’s hands and I have nothing to do but wait) I have some serious thinking to do about the novel. I need a novel. It’s a big stepping stone that is required for advancement. I want a novel as quickly as reasonably possible, but I don’t want to waste my time writing something that isn’t good enough. I’m not sure that what I have with the current novel is good enough. I have to take some time with it and make some decisions. Do I start over, do some rewrites and keep going, leave some rewrites for the next draft, or scrap it and start on the next idea? Right now, I’m not sure. A novel has to be written in 2020, but I have to decide with path is the right one before I go all in. (Fallacy of sunken cost is in high effect on this one).

Thankfully, I don’t have a lot of events in January or February, yet. I am pushing for more this year and am waiting to hear back from some folks about being a guest, but even with those in mind, I can be focused on work for the start of the year. Like I said, there is lots to do. I may need to get my whiteboard up finally and have a big (and intimidating) visualization of all the things I have to get done as well as the things that I’ve left hanging. There’s still the ebooks to get finished (my white whale at this point). All I can do about any of this is to carve out some time and get to it. Here’s to a good first week of the new year (and decade or whatever).