I know it’s technically still summer until the 23rd, but lets be honest. For most of us, the summer ends at the start of September. That’s how I feel, anyway. Since so much of my summer was rooted in self analysis and self criticism, I’m now at the point where I can look back, see how I did, and hopefully, come to some conclusions. The focus in question is my summer slump. Every year from some time in may to usually September (if I’m good) my productivity plummets and I haven’t been able to nail down why. The obvious answer to outdoor-type people is that summer is spent having adventures and enjoying time outside. I am not and outdoor person. Especially not in the melting heat of the summer. So, that was an easy one to rule out.

The next most obvious reason for my diminished writing output is from burnout. I’ve had multiple people tell me that if I’m struggling, it’s a sign that I need a break. To be honest, I would put more stock in that if I weren’t such a lazy person. I feel like I’m constantly taking a break (except for the odd busy times that come up in everyone’s life). I rarely write daily and there are often days where, if no one is available to go writing with, I just don’t. Which leads me to the next realization (besides the one that I’m lazy, I already knew that). I’ve gotten really accustom to going out to meet people to do writing. There have been times where I’ve had really good runs, going by myself to Anchor to write. But those are only on my days off, and to be honest, I’m not always as productive there as when I am with other people. 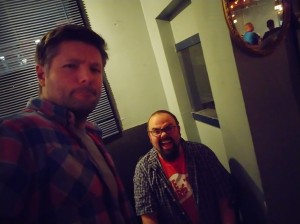 The thing is, Christian, my long time writing companion has to stay home with his kids in the summer. That prevents him from going out with me during the day. Therefore, productivity drop. Then, he has to work in the evenings, so I have no help there, either. Honestly, since it’s my fault I’m used to writing at a coffee shop, I should just go to the nearest one open in the evening after work and just get an hour or two in. And on my days off, it should be easy to just go to Anchor and knock out some work, but so far, I haven’t been consistent enough. It’s a work in progress. It’s been better since we’ve brought Elly into the mix, but since she’s out in Harrow, that means meeting in Amherstburg (most of the time) and while I’m happy to do it, it is time consuming. Either way, that has helped. Right now, since I’m pushing to get the next novella out, I’ve extended the group to include Brittni and Justin and so far, Brittni has been a writing machine. There are several factors in my September first draft push, but having another person to meet with has been very helpful (as has setting the limited time rush).

My biggest discovery is the most obvious one, though. It’s the Day Job. The yearly busyness arc starts at the bottom in January where there are little to no hours available and steadily increased through the summer with weddings and showers. Really, the summer increase isn’t nearly as intense as the end of the year holiday blitz, but inevitably every year, there is some issue with a co-worker having to take a significant chunk of time off and I’m the one left picking up the slack. Plus, I seem to be the only one capable of doing the extra tech shifts that involve setting up stages and drapes (and the inevitable take downs). It all adds up, as does the events I go to for writing. 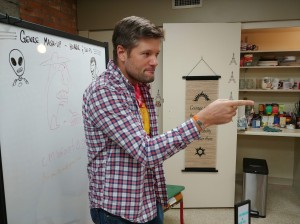 There weren’t as many as those this year, though. Also, I haven’t bothered with pushing Arvin on the podcast (since I’m not currently equipped to handle that right now). I did take a multi-week dive down the ebook rabbit hole which cost me some writing (it was just going to be a few days, then a few more, then a few more). Still working on that. Overall, I managed to do better this year. No where near what I wanted. I still have a long way to go. The slump is real. Hopefully one day, I’ll find the key. Maybe when I can quite the day job and figure out the writing full time thing. The novel is on hold (not finished like I’d hoped) but I’m making good progress with the third novella. Maybe the next post will be about that.