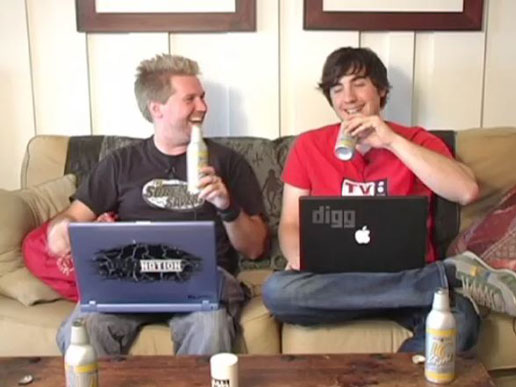 Does reaching a goal count when it wasn’t a goal in the first place? When I first started this blog, it was to capitalize on the followers that my friend and I have gained from our podcast. We started in the early days of podcasting (especially video podcasing) taking inspiration from things like Diggnation. (Remember Digg? Man that was a big deal for a short time). My buddy had the idea and the desire, and I was happy to join in. We focused on the newly released Wii and amassed a large fan base. When the podcast was coming to an end (due to various reasons) I started up the blog. I’d done some blogging on the podcast’s website (mostly updates and excuses) and I expected to be a real writer long before the whole Adventure Worlds thing happened, so I asked the podcast followers to follow me. Then I didn’t do many posts.

I spat out a few short random rants, then I got sick for a long time (seriously ill) and I dropped it. Then, just when I was eager to get back on the blog train, my car broke and I took the excuse to drop it again. Those podcast fans brave enough to follow the blog (this blog) were disappointed again, and they all left. Totally my fault. On January 10th, 2013, with the backing of the new and improved Adventure Worlds, I put up my tenth post and I’ve hit every week since (except once when I was working three jobs and had a last minute call in to supply teach and did the post on a Saturday instead of Thursday).

At that time I just wanted to hit the goal of writing something every week. I expected that after some unspecified time, I would change the format (I even went on about it towards the end of last year). It was always about getting to the next week and figuring things out then. I thought something would happen, or I’d hit some magic threshold and cut back. Now I’m at 200 posts and I haven’t reached it yet. I suspect there will be a day where I stop the weekly format (or even stop the blog all together) though I don’t have any plans.

I’d be lying if I said I wasn’t proud of my achievement. I even think of it as an achievement. My views have been wavering lately, which makes me think about what I’m doing right or wrong. This year has otherwise been positive for my metrics. Likely the spike I got from No Light Tomorrow coming out is wearing off and it’s time for something new. I’m working on that, but there won’t be anything coming out this year. I do have the Illustrated Edition of No Light coming out at the end of the month (during a big Gala Event in Windsor with Adventure Worlds Press and Mirror World Publishing including several more authors…) but it’s hard to call it a new book.

Thus ends the 200th post on my blog. Next week will be 201 and things will trundle long as usual. The next time I’m going to make a big deal about this blog will be at the new year, so you’re safe until then. I hope to see you at the Gala. Also, for those who know the podcast I was talking about. There may be something fun coming down the pipeline for next year too. I know a teaser like that is cheap, but I’m excited. Stay tuned!